Continuing its focus on community partnerships and clean energy projects, Mason County PUD No. 1 has received a grant from Bonneville Environmental Foundation (BEF) of just over $23,000 to partner with the Skokomish Indian Tribe on the installation of zero emission vehicle (ZEV) chargers at the Lucky Dog Casino. The PUD and Tribe were selected for the grant because their proposal met two of the Zero Emissions Vehicle Innovation Program’s funding priorities: developing electric vehicle charging infrastructure in rural and underserved communities, and community engagement to promote the benefits of electric vehicle ownership.
“Bonneville Environmental Foundation has been a clean energy partner of PUD 1 and the Skokomish Tribe for several years now, assisting with the solar project at the Skokomish tribal center and two community solar projects at the PUD,” stated Kristin Masteller, general manager of PUD 1. “BEF’s targeted outreach in this grant cycle to rural and underserved communities highlights their commitment to eliminating disparities in ZEV ownership and reducing carbon emissions.”

This is the second grant the PUD has received from BEF and the third project they have partnered on with the grantmaking nonprofit agency. However, this is the first time the PUD, Tribe and BEF have worked together on a non-solar project. “Power in the Pacific Northwest is largely carbon free, thanks to hydropower. So, when we look for measurable reductions in carbon emissions in our state, electrifying the transportation sector is a large focus. Installing ZEV infrastructure is one way that low cost, carbon free hydropower can enhance and support ZEV ownership in Mason County,” Masteller said. “ZEV owners that charge in Mason County are not only making the choice to use electricity instead of gasoline, but they’re also charging up with energy that is already over 95% carbon free.”
In the grant proposal, the PUD and Tribe highlighted the benefit to strategic tribal initiatives that also have far reaching benefits to all of Mason County. ZEV infrastructure encourages urban sprawl into rural areas for tourism, which supports the tax base and businesses throughout the county and is also a major source of income for the Tribe. The reduction of carbon emissions and decline in fuel usage result in cleaner air and less pollution for the Hood Canal and Puget Sound; both of which are crucial ecosystems for tribal fisheries and environmental initiatives. Situated on the highway at the gateway to the Olympic Mountains, the Skokomish Tribe’s Lucky Dog Casino and adjacent Twin Totems convenience store are a major stop for locals and travelers on the Highway 101 corridor. The grant will fund 75% of the costs to install two Level 2 pedestal chargers, security lighting, and signage, with the Tribe assuming the other 25% of the project cost. 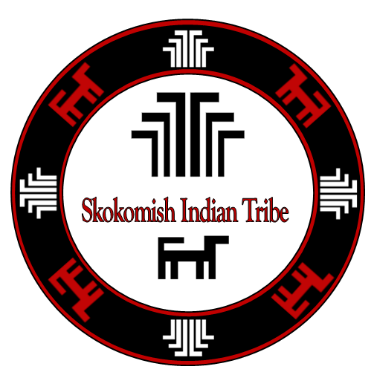 “We have been working towards offering electric car charging on the reservation and in this area for quite some time. We are excited to finally offer this service, and we continue to work towards developing businesses with convenience and modern amenities in mind,” stated David Owens, CEO for Skokomish Indian Tribal Enterprise, Inc.

Masteller noted that in 2019, the American Public Power Association featured a partnership with Nissan for a rebate worth thousands of dollars off the purchase of new Nissan Leaf vehicles for customers who live in a public power community. “It is our hope that these types of incentives continue to materialize, and as more used electric vehicles begin to make their way into the market, that we can connect people with opportunities to make ZEV ownership affordable and accessible. It’s a win for the environment, it’s a win for household budgets, and it helps the Tribe and the PUD meet both of our missions to serve our members and customers,” she said.

Since 1935, PUD 1 has provided non-for-profit electric, water, and wastewater services to approximately 8,200 customers in Mason and Jefferson counties. The District’s mission is to provide customers with safe, reliable and valued utility services.